Passage d´Europe, Realities, references / One sight on the art from Central and Eastern Europe 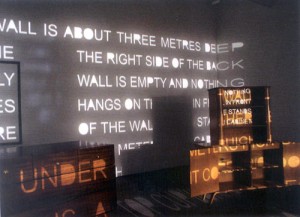 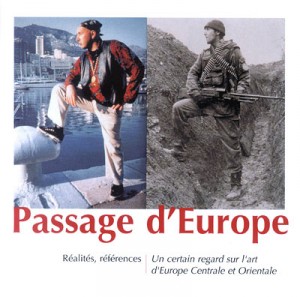 Cover of the catalogue

Passage d´Europe is one of the exhibitions by which European institutions react to current political changes connected with the expansion of the European Union towards the East. The exhibition in Saint-Etienne was conceived by the curator Lóránd Hegyi, formerly the director of the Museum of Modern Art – Ludwig in Vienna collection. During his long engagement in this institution he attempted to connect the art of the post- Communist countries to the context of the overall situation of art in the postwar world. The current exhibition includes in terms of tendency only artists of 10 new member states, but also works with the context of the “East” in its former geo-political boundaries. Passage d´Europe also presents to a large extent the art of the former Yugoslavia and Russia. Central and Eastern Europe is presented as a place of conflicting tradition and recent past. The Czech artists exhibiting in Saint-Etienne are Jiří Černický, Tomáš Hlavina, Jan J. Kotík, Ján Mančuška, Karel Malich, Michal Pěchouček, Jiří Surůvka and Zdeněk Sýkora. Jiří Ševčík contributed the text “The Strategy of Change” to the exhibition catalogue. The scientific and research workshop of AVU prepared documentation for the catalogue and mediated contact with the exhibiting Czech and Slovak artists.