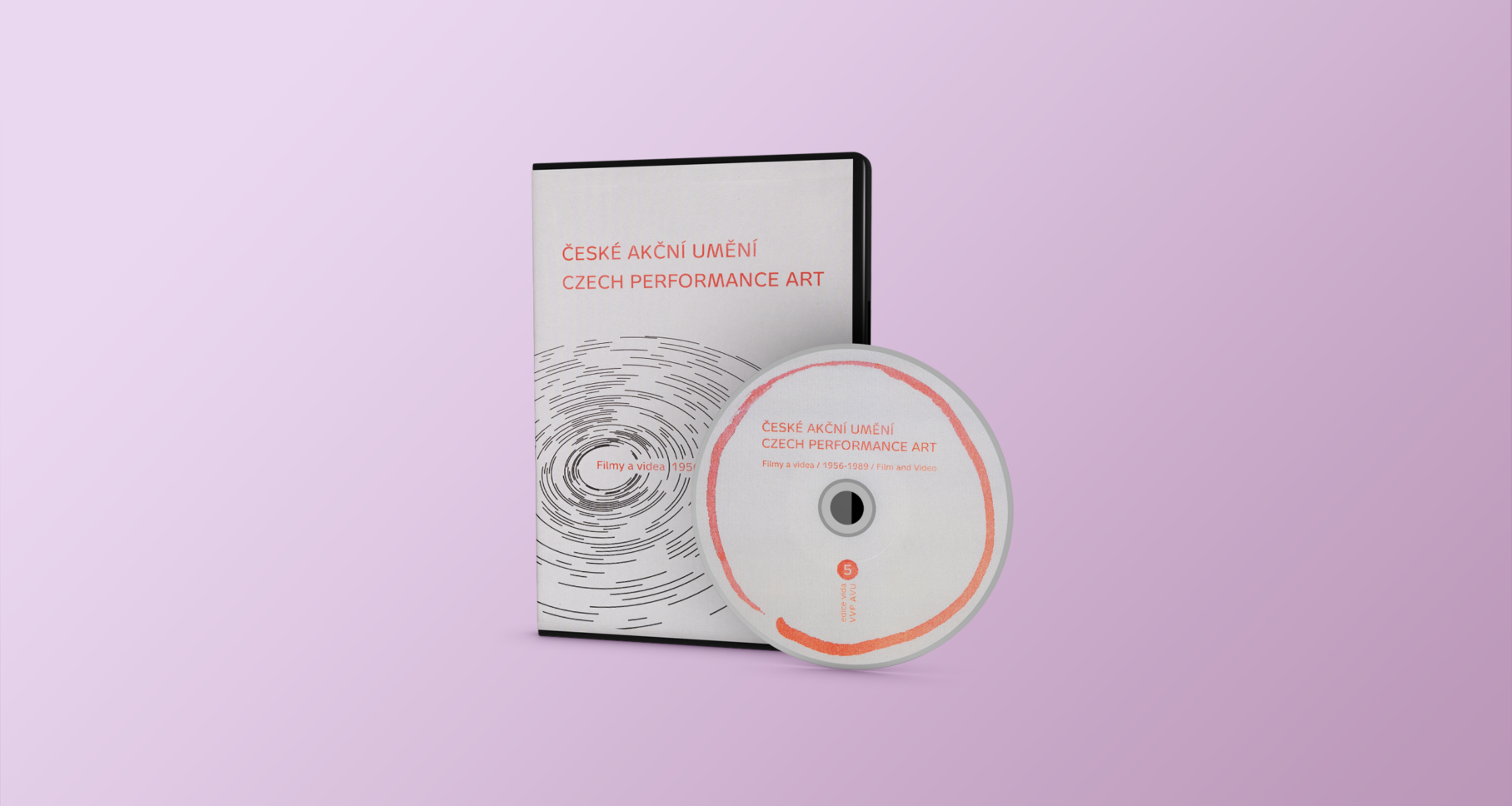 Fifth DVD from the VIDA Edition.

A collection of films and videos from 1956-1989 presents for the first time unique recordings of events, performances and happenings that took place in the Czech environment before 1989. Czech action art developed in the 1960s as one of the major offshoots of conceptualism and formed an essential part of the unofficial scene in the 1970s and 1980s. It significantly shifted traditional ideas about the nature of the artwork, the role of the creator and the viewer. The final artefact replaced the process of creating the artwork and documentation of events began to play a key role. The majority of Czech happenings, performances and events are documented through photography and text, and the ownership of a camera was relatively rare in socialist Czechoslovakia, but during the preparation of the project it was possible to acquire a number of previously unpublished films and digitise them. The moving image is a medium that records not only the visual form of an event, but also its detailed course. It is therefore an indispensable source of information for the study of action art. The compilation Czech Action Art. Films and Videos, 1956-1989 is to complete the overall picture of Czech action art in the years under review.