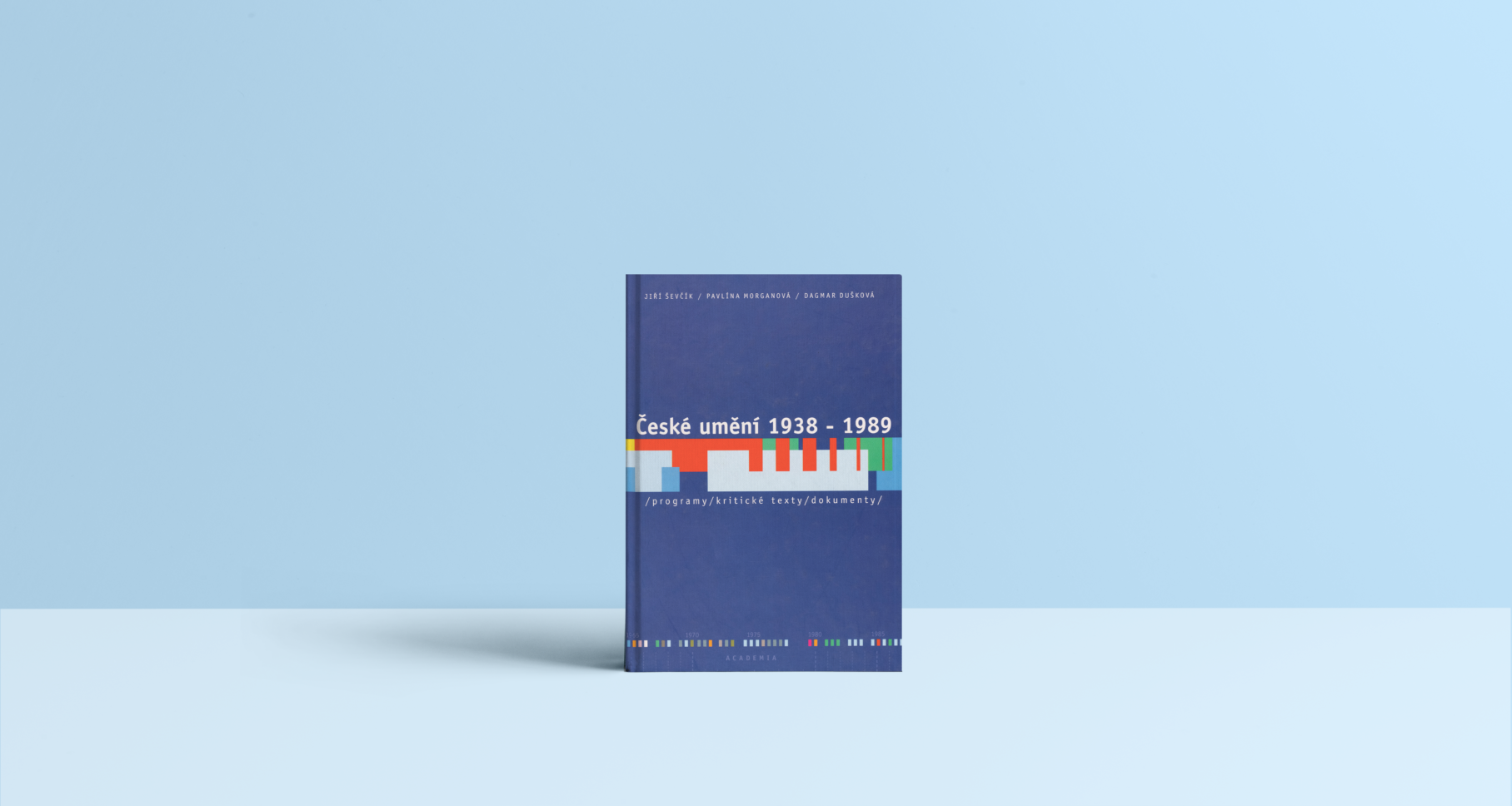 An anthology of manifestos and theoretical texts on Czech post-war art.

The anthology contains basic manifestos and theoretical texts that deal with major art movements, art groups, significant exhibitions and other events related to Czech art during the years 1938-1989, and is supplemented by numerous cultural-political documents, speeches and texts on Czech historical events during a period full of major developments. Each of the five chronologically compiled chapters is introduced by a short critical text from the editors including the given period in a historical context. The anthology also includes a selective chronology of cultural, political and artistic events during the period of 1938-1989.

For clarity’s sake, the anthology is divided into five chapters, whose periods respect the historical and cultural turning points in Czech society. Each period is introduced by a short text from the editors:

The first period “1938 -1947” includes the war period, which is an important starting point for the entire post-war period, and a short liberal period following the end of World War II. (pp. 13 – 102)

The second period “1948 – 1956” is marked by the February putsch, the 20th Congress of the Soviet Union Communist Party and the re-organisation of the Association of Czechoslovak Artists, in which art groups were allowed to be established (pp. 103 -186).

The fourth period “1964 – 1969” marks the short period of free development of Czech culture. The dividing line is 1964 in which a new chairmanship of the Association of Czechoslovak Artists was chosen and Czech society took the path of general liberalisation (pp. 245 – 334).

Chronology
Part of the anthology is the selective chronology of Czech art 1938 – 1989, which should help orient the reader in the historical and cultural events of the official and so-called unofficial scene. The political-historical boundaries of Czech post-war history, together with those historical events that immediately affected domestic developments, are important footholds for the entire anthology.

Due to the wide scope of the chronology, only major (predominantly collective) exhibitions were included, with the exception of a few retrospectives of individuals.

The book is a useful aid for art historians and theoreticians, artists and journalists as well as others interested in Czech post-war art. A grant from the Czech Ministry of Education and Ministry of Culture supported the book’s publishing.

Chart-poster
The anthology Czech Art 1938 – 1989 includes a poster schematically depicting the various art movements that appeared on the Czech post-war art scene. The chart represents the timeframe from 1935 – 1990. Each art current is indicated by a coloured band of various widths dependent on intensity with which it was represented in Czech art. Their layout is in no way half-hazard, but endeavours to show the specific relations existing among the individual movements.

The chart is supplemented by a list of all texts published in the anthology with a detailed coloured icon that aligns a given text with a specific movement. Some texts cannot be specified in this way and therefore do not have a coloured icon. They either have a more general application or are only culturally or politically historical documents of the period.