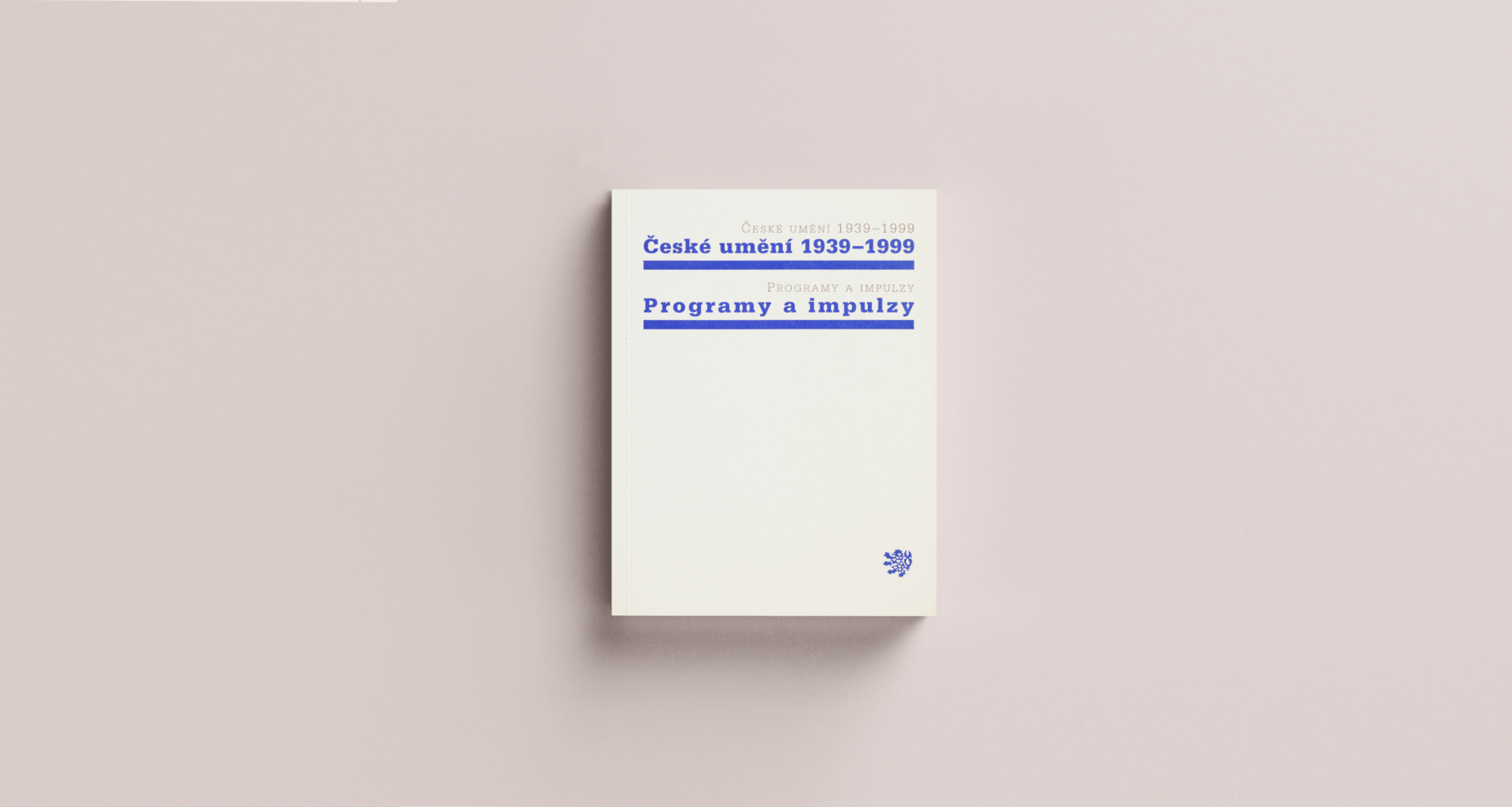 In December 1999 VVP AVU organised in the auditorium of the AVU main building a two-day international symposium Programmes and Impulses / Czech Art 1939 – 1999. Numerous leading art theoreticians and historians as well as leading figures of Czech post-war culture presented papers. The symposium evolved into a forum of conflicting views and opened a discussion on whether programmes, ideologies or impulses of the post-war period formed and continue to form art – whether as progressive or conservative components – and a number of essential problems and events surfaced.

In autumn of 2000 VVP AVU published a collection of the symposium papers and a record of the individual discussions. This publication is a significant contribution to further knowledge of Czech post-war art.

The symposium collection can be purchased at the VVP AVU.

Programme of the symposium
The concept and function of art transformed themselves a number of times after the Second World War. After the occupation, avant-garde programmes lost their importance and their position in the new cultural, social and political situation. In their place appeared doubts on modern art and a feeling of the end of the modern period. The ideology of social realism was vigorously promoted by authority, although in the beginning numerous significant theoreticians and artists took part in establishing the movement as well. Part of the Czech scene attempted to renew the tradition of modern art and maintain a modernist viewpoint within the conditions of socialism, while another part rejected any adaptation and assumed an increasingly avant-garde and anti-modern position. From the 1960s resistance to both movements became one of the constant phenomena of Czech art. In the later years of normalisation, a radical underground movement arrives with the programme of another culture and at the same time the Czech variant of “simple distance” – art as a replacement for politics and religion – is formed.

As late as the 1980s postmodern programmes acted to subvert the older resistant positions and, as a reaction to this (or as their mistaken interpretation), the old-new model of a conservative return to the pre-modern tradition was once again revived. These transformations, in which the concept of art redefined itself and its social function, remained and continue to cause “residual problems” (J. Patocka) – models difficult to overcome, traditional complications, historicism, nationalism, and myths.

Tereza Petiskova – On the Beginnings of the Association of Czechoslovak artists

Ludmila Vachtova – The Pragmatism of Memories

Milan Knizak – Underground as the Convention

Olaf Hanel – From Resistance to Opposition and Back: 1970s Art Scene

Miroslav Petricek – The Programme as Recapitulation and a Call

Vlasta Cihakova-Noshiro – The Circumstance of Archetype

Jana Smejkalova – Mild Impulses of the Czech Art Scene from 1999

Pavel Liska – On the Problem of Programatism in Contemporary Art