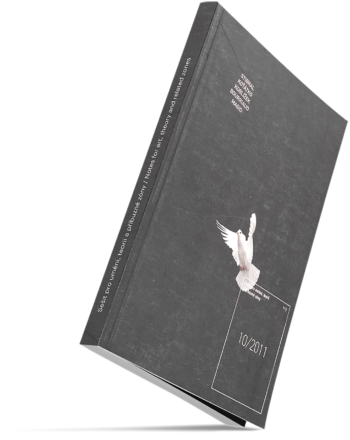 In this year’s first Notebook there’s an increased emphasis on the „related zones“ mentioned in its title. This issue opens with Karel Stibral’s take on BioArt. Another „related zone“ is represented by two texts from the theory or philosophy of literature. Petr Koťátko’s study, which finds in literature approaches akin to conceptual art, is derived from the contribution that the author gave at the „Consequences of Conceptualism“ conference organized by the AVU Research Center in the spring of that year. Tomáš Koblízek’s essay „Testimony and Singularity“ elaborates on a vision of the study of literature, drawn from the concept of testimony developed by Émile Benveniste, but also takes into consideration the concept of a unique sign formulated in Barthes‘ Camera Lucida. By including a translation of Nicolas Bourriaud’s „Altermodern“ we continue to publish recent programmatic curatorial writings. Václav Magid’s review is on the anthology What Is Art? published last year and mapping the discussion of possibilities for defining art in the Anglo-American philosophy of the latter half of the twentieth century.

This article deals with bio art, a contemporary artistic movement, which creates art made entirely or partly from living organisms (with the exception of humans), or art that is created in cooperation with living organisms. Whereas theoretical works about this type of art consider new media, this article emphasizes above all the livingness of the artefacts and the biological context of their origins. In the first part the term itself is dealt with, and its sub-categories such as biotech art, transgenic art, and genetic art are defined. The article further defines bio art as opposed to land art, environmental art, and so forth, even though it is clear that in many ways this movement is at the intersection of several contemporary art movements, such as conceptual art, land art, body art, and new media. The article describes in further detail the history of using living organisms in art in the twentieth and twenty-first centuries, from the first attempts of the avant-garde to the gradual appearance of biotechnology (for example, DNA modification and tissue cultures). The second part of the article deals with the themes that bio artists and theorists present. The blurring of or even attacks on the borders between the living and the artificial, art and science, and art and breeding are focused on. It also picks up on attempts to blur the differences in evolution between natural and artificial selection and visions of enriching ecosystems with artificially modified living organisms. The article emphasizes more than just the types of technology used; it particularly emphasizes the analysis of the relationship between artistic projects and biology, the natural sciences and biotechnology in general. In this vein the text includes a critical supplement dealing with the concept of evolution among artists and theorists.

The article focuses on works of art which introduce their recipients into a situation that in relevant respects violates the standard applicability conditions of our conceptual apparatus or of other components of our cognitive equipment (such artworks are referred to as “radically conceptual”). Two cases are distinguished: (a) artworks whose bearers (texts, sounds, configurations of lines or colours, three-dimensional objects, situations, or events) are entities whose perception or interpretation produces an effect of the kind mentioned (such entities are labelled “extreme”) and (b) artworks which “merely” include the representation of such entities. Artworks of the former kind (labelled “rigidly conceptual”) are paradigmatically represented by the late prosaic works of Samuel Beckett. Several short stories by Jorge Luis Borges are presented as examples of artworks of the latter kind (that is, of radically but not rigidly conceptual). Examples of the radically conceptual function outside the sphere of art appear in certain well-known philosophical thought experiments.

The aim of the essay is to base the subject of literary theory on the concept of singular enunciation. The starting point is a comparison of the concept of singularity in the later Roland Barthes (La chambre claire, 1982) and in the discourse linguistics of Émile Benveniste. Unlike Barthes’s “science of the singular”, Benvenistian linguistics does not understand singularity as an arbitrary complication in a coded field, but rather as a determination of a specific level of significance, which is constituted together with each act of enunciation. Such a concept of the singular then represents the basis for the next part of the essay, in which poetic enunciation is defined relative to the degree of accessibility of the singular enunciation.

This is a Czech translation of the introductory article of the exhibition catalogue of the eponymous 2009 Tate Triennial, which was curated by its author, the French curator and art theorist Nicolas Bourriaud. In it, Bourriaud explains the meaning of the term “altermodern” and develops the underlying theoretical hypothesis informing it. Bourriaud understands altermodernism as a global cultural nomadism, which he sees as a defining characteristic of much recent visual art. Discussing the works on display, he argues that the techniques of dislocation, translation, migration, and decentralization are the artistic analogues to the alterglobalization social movements. 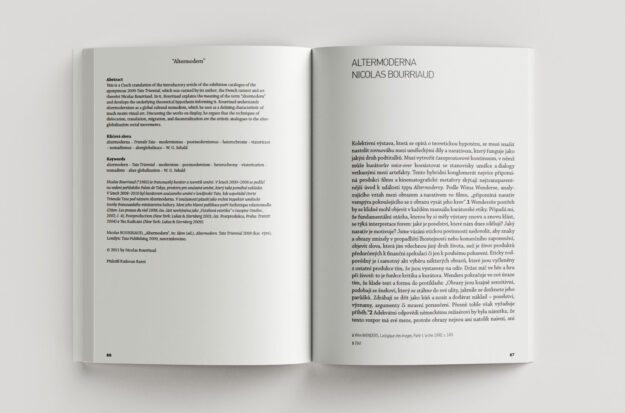 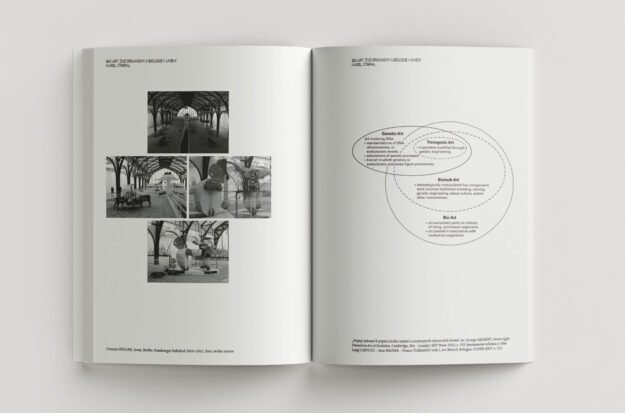 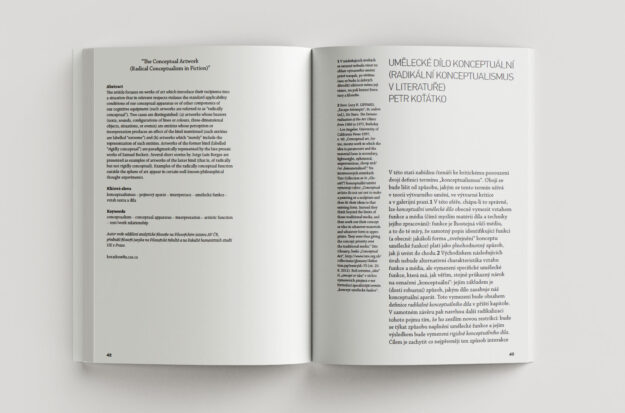