The eleventh issue of Sešit features another three texts that were originally contributions at this year’s annual AVU Research Centre conference „The Consequences of Conceptualism“. In his essay „Photography after Conceptual Art“, Karel Císař compares two ways of interpreting the impact of conceptualism on photography; one outlined by Jeff Wall in his influential text „Marks of Indifference“ and the second prepared by Rosalind Krauss in works from the past decade. In his article „Breakpoint. In Search of a Social Change in Czech Art“ Jan Zálešák focuses on exhibitions from 1997 to 1999, which in his view represent an essential milestone in the legitimisation process of overtly socially and politically engaged art projects. Daniel Grúň writes on different ways of working with the medium of the artist archive in Central and Eastern Europe in his text „The Artist Archive – A Parallel Institution or the Means for Self-Historicisation?“ The issue concludes with a translation of a text written by a Parisian collective of artist using the pseudonym Claire Fontaine that critically analyses changes in artistic subjectivity through the influence of market conditions of the worldwide art business.

The essay – originally presented at the conference “The Consequences of Conceptualism”, organized by the Research Centre of the Academy of Fine Arts, Prague, in 2011 – investigates the relationship between Conceptual Art and photography. It approaches its subject by interpreting the writings of Jeff Wall and Rosalind Krauss. Whereas, according to Wall, conceptual photographs open the way for photography that works in the tradition of the Western ´tableau´, the main representative of which is Wall himself, Krauss thinks photography is a medium based not on a material, but on its pragmatics – the sum of rules applied in the production and distribution of photographs. Confronting these contrasting approaches with actual art practice demonstrates that Krauss´s interpretation is more convincing because individual pictures do not establish the meaning of conceptual photography, as Wall thinks; it is rather the syntax that orders pictures into unified series or sequences, as Krauss shows.

The Breaking Point: Looking for a Social Turn in Czech Art

Interest in politically or socially engagé art was very limited among Czech visual artists in the first half of the 1990s, mostly because of the obligatory engagé character of official art in Communist Czechoslovakia. The essay focuses on three exhibition projects between 1997 and 1999, which marked the emergence on the Czech art scene of an openly pilitically engagé art, the “new genre of public art”, and site-specific interventions considering local social topics. Each of the three exhibitions was informed by strong curatorial intention, and all contributed, among other things, to the development of a critical discourse that allowed new problems and topics to find expression in the local environment. The essay aims to show that the exhibitions Reduced Budget, The Work of Art in the Public Space, and Public District, as well as their critical reception in art periodicals, helped to create the background against which art practice developed expecially after 2000, heading towards the situation that Claire Bishop described as the “social turn in art”.

Artist’s Archive – A Parallel Institution or a Medium of Self-Historization?

This essay explores the significance of an artist’s self-history, as well as the sort of documents that become the “art archive”, and the distinction between an artist’s archive and official institutionalized archives. It is outlined as a comparative study of artists’ archives in the former Eastern Europe, their uses and role in writing art history, focusing on the practices of artists in the 1970s and 1980s. The author introduces the notion of para-institution or parallel institution which describes archivist practices of alternative artists from the former Eastern Europe. He also discusses several archives: Lia Perjovschi, the Museum of American Art, IRWIN, Atrpool, KwieKulik, and Július Koller in comparison with archives such as Group Material, PAD/D, and Tucumán arde.

This is a Czech translation of an essay by the Paris-based art collective Claire Fontaine, which appeared as part of the exhibition Bartleby the Scrivener – presenting the works of Claire Fontaine and Etienne Chambaud – in Prague’s etc. gallery in February 2011. In this essay, the collective proposes to investigate not what has changed in the way works of art have been created in recent decades, but what has changed in the constitution of the subjectivities of artists as a result of the expansion of the art market. The main claim is that contemporary artists have become “whatever singularities” (a term used by Giorgio Agamben), that is, interchangeable, uniform subjectivities producing hardly distinguishable, generic works of art and subjects of economic exploitation. Fontaine then goes on to criticize recent attempts to provide this situation with an aesthetic programme that would make it legitimate: Nicolas Bourriaud’s relational aesthetics and Jacques Rancière’s notion of the aesthetic regime of the arts. Fontaine’s proposes to re-investigate the potential of the aesthetic of interruption as developed by Walter Benjamin in the 1930s. 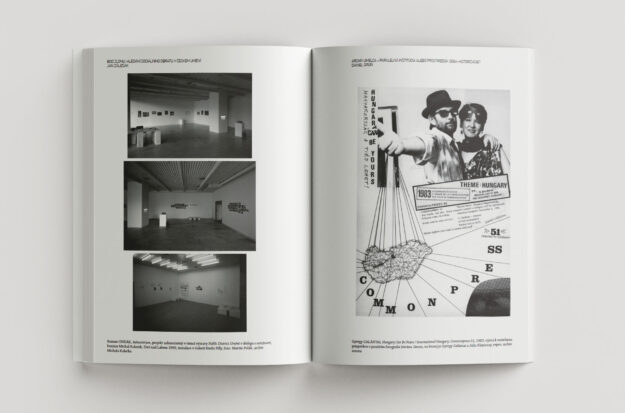