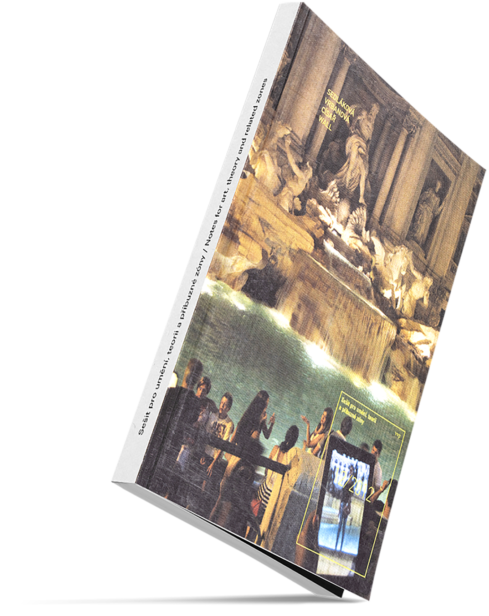 The 12th issue of Sešit (Notebook for Art, Theory and Related Zones) contains four texts, each relating to a different sphere of visual culture. The essay on theoretical architecture by Martina Sedláková entitled „Between the Abstract and the Concrete. Tadao Andó and his Concept of Architectonic Space“ examines Andó’s thematisation of the relationship between the „abstract“ and the „concrete“ and the dialectic of emptiness and fullness, and considers his unique cultural position at the intersection of the influences of traditional Japanese and modern Western architecture. In her article „Public Privacy as a Model of Neo-conceptual Art“ Nina Vrbanová argues that a characteristic feature of neo-conceptualism is the selection of expressive resources on the basis of content, and that this is therefore not a style so much as a strategy. The text by Karel Císař entitled „The History of Contemporary Art within a Narrow Field“ is a critique of Czech theoretical reflections on postmodernism in the visual arts provoked by the anthology Czech Art 1980-2010. Finally, in his extensive essay „‚Marks of Indifference': Aspects of Photography in, or as, Conceptual Art“, Jeff Wall highlights the historical paradoxes involved in the search for the artistic status of photography.

Between Abstract and Real: Ando’s Concept of Architectonic Space

This article is concerned with the Japanese architect Tadao Ando’s concept of architectural space. Ando’s work holds a specific place in the architecture of recent decades. His formal vocabulary is deeply rooted in Modernism, while simultaneously providing a critical approach to the modernist pattern of thinking and mainly its “by-product of homogenized space”. Starting from the topic of the “wall”, and continuing with “natural features”, the first of which is light, Ando arrives at the problem of architectural space. He returns to the theme of the wall as the main architectural element which delineates an architectural space, but he emphasizes the presence of space within the walls. The delineation of architectural space is manifested by employing pure geometric forms and focusing on “materiality” in a special way. His oscillating between the “abstract” (“architectural reason” – geometry) and the “real” (“representation” – corporeality, natural features, people and places, geographical and cultural contexts) points to the core of his concept. Ando’s approach to architecture is a kind of dialogue between East and West, between traditional local culture and modern architectural culture. His early concept presents a challenge to contemporary architecture because of his radical stands as well as his thought-provoking theoretical views of space (his reverse perspective, influenced by Western architecture), while continuing with the spatial tradition of Japanese culture, which from the very beginning influenced the new concept of space in Western modern architecture. Ando’s conception of space, as it emerges in his writings, could reasonably be understood in more general terms as a contribution to the ontology of space in architecture.

This essay treats Neo-conceptual art as a specific strategy within visual arts, which goes beyond its being customarily understood as a clear-cut formal style. The essay outlines new possibilities for interpreting it this way, while considering the mutual conditionality of the visual and ideological bases of this segment of contemporary art. It describes how ideas behind it determine its form, freeing it from stylistic and media restrictions and making it dependent on strategies employed. Neo-conceptual art becomes an open platform, drawing from a reservoir of the possible visual forms on offer in today’s world. The essay compares the radical (dematerialized) Conceptualism of the 1960s to the current Neo-conceptual wave, which shows a limited return to the traditional (modernist) understanding of art forms, while staying true to the crucial postulates of the original Conceptualist movement. The second part examines Neo-conceptual artistic strategies, using the example of the paradoxical notion of public privacy, which is identified as one of the dominant ideological lines of Neo-conceptualism in Slovakia since the mid- 1990s. In conclusion, the author notes that the analysis of Neo-conceptual art as practised by art historians today would not be complete without considering the hybridity of themes and ideas. This would substantially reverse the methodological discourse of Neo-conceptualism in Slovakia.

The History of Contemporary Art in a Narrowed Field

This article, originally presented at the symposium “Creating the History of Contemporary Art” organized by the Research Centre of the Academy of Fine Arts, Prague, deals with what proves to be a symptomatic omission from the anthology České umění 1980–2010 ([Czech art, 1980–2010] Prague: VVP AVU, 2011) – namely, the failure to take into account Rosalind Krauss’s “Sculpture in the Expanded Field”. This silence is no accident; the works of Krauss had previously received almost no attention in the Czech milieu, and their impact became palpable in Czech art-historical writing only recently. It has been Krauss who, ever since The Originality of the Avant-garde and Other Modernist Myths (1986), has interpreted postmodernism not as a “farewell to modernism”, but as a perspective that allows us to seek the terms and conditions for topics like the copy and reproduction, the reproducibility of sign, and textual production in modernity. What is symptomatic of the omission is not just that it betrays the hidden assumptions of the editors and their notions of the relationship between modernity and postmodernism, but also, indeed what is more important, that it is a sign of a deeper regression of Czech theory, turning its inability to deal with relevant foreign sources into a virtue that either leads to a productive misunderstanding of art manifestos or, worse, to a quasi-theoretical discovery of the already discovered.

´Marks of Indifference´: Aspects of Photography in, or as, Conceptual Art

This is a Czech translation of a 1995 essay by the Canadian photographer and art theorist Jeff Wall. In this essay, Wall investigates the historical paradoxes of the quest to provide photography with the status of art. According to Wall, photography eventually secured its arthood not by mimicking the procedures of painting in its pictorialist phase, nor by investigating the specifics of camera vision during its avant-garde period, but by appropriating the strategies of non-artistic photojournalism and amateur picture-taking in the American Conceptual art practice of the 1960s and 1970s. 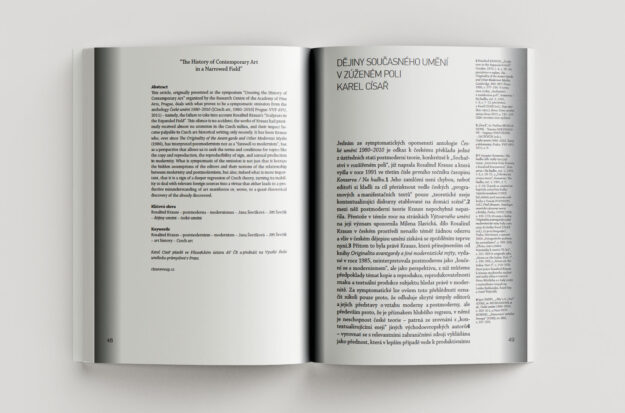