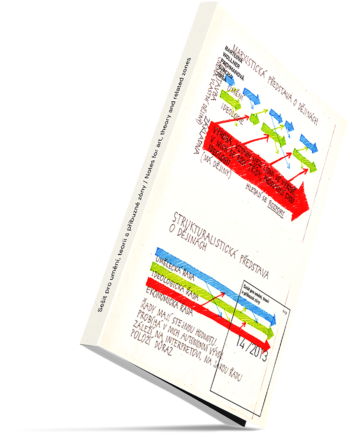 Three of the essays contained in the 14th edition of Sešit are based on contributions to the conference „Between East and West. How was fine art written about in post-war Czechoslovakia?“ that was held in November 2012 at the Academy of Arts, Architecture and Design in Prague. In a text entitled „Punkva. Where is Marxism in Czech art history?“ Milena Bartlová explores the fate of Marxist methods in the Czech post-war history of art. In „Space for Differentiation“, Jan Wollner attempts to reconstruct the „discussion on space“ that took place in the 1960s around Jan Patočka. Martina Pachmanová focuses her attention on Chalupecký’s writings on women and femininity in art. There follows an interview with Rostislav Švácha on the development of the methodology of Czech art history after 1948. The magazine ends with a review by Tomáš Jirsa of the book Silent Revolutions in Ornament by Lada Hubatová-Vacková.

A Lost River: Where Is Marxism in Czech Art History?

This essay seeks to answer whether there was a genuinely Marxist current in Czech art history writing in the second half of the twentieth century, and, if so, what form it took. The essay argues for the central importance of Jaromír Neumann’s methodological approach, which adapted a simplified version of Panofsky’s post-war iconology to the demands of the prevalent Marxist-Leninist ideology of Czechoslovak institutions. This approach was legitimized by its adopting Max Dvořák’s “art history as the history of the spirit” and purportedly translating it into materialist terms. In this way, Czech art history could both free itself from previous uncertainties regarding correct Marxist method and become officially acceptable, while remaining deeply entrenched in the tacitly tolerated practice of the elite cultural tradition of what was then called “bourgeois humanism”.

In 1960, the philosopher Jan Patočka sent the art historian Václav Richter a birthday present. The present consisted of a treatise on space written especially for the occasion. Despite working in different fields, Patočka and Richter shared a long-standing interest in the nature of space, which was a common topic of their discussions. Since there was no convenient platform for an inter-disciplinary debate on the topic, their ruminations never developed into a public discussion, but instead assumed the private, even intimate, form of a birthday present. A similar pattern applied elsewhere, too. The subject of space had become a relevant topic of discussion in various fields of research in Czechoslovakia in the 1960s. These discussions did not lead to any conference, exhibition, or anthology, but lingered in the form of private conversations, diary entries, and birthday presents. The aim of this essay is to assemble these ephemeral fragments and to create a post-factum platform for a discussion of space, which could not take place openly at its proper time, yet has continued to have a kind of virtual existence.

Silence about Feminism and ‘Femininity’ as an Aesthetic Value: Czech Woman Artists through the Eyes of Jindřich Chalupecký

In his article “The Framing of Central Europe”, Piotr Piotrowski wrote in the late 1990s: “The Art of Eastern and of Western Europe each speaks a similar language but in reality it communicates different meanings dictated by a ‘frame’ that we activate.” When we examine art history during the Cold War and the language in which visual art was written about, it is important to consider not only the differences of the concepts and terms used, but also the terms that were marginalized and obscured, and their social, cultural, and ideological “frames”. This article focuses on a key term of post-war Western art which was expelled from both official and unofficial discussions about visual art – namely, feminist art. It argues that ideological and gender prejudices rather than a lack of information caused Czech art historians and critics continuously to ignore the diversity of feminist art and feminism during the 1970s and 1980s. Taking a rare example of Jindřich Chalupecký’s writing about women artists, the article documents how the Western feminist art discourse was neutralized during “normalization” (the period that followed the defeat of the pro-reform movement of 1968), by using the much less radical, apolitical term “women’s art” or – even more significantly – by biologically determined “femininity” in art.

Methodology as a Dream and a Programme: An Interview with Rostislav Švácha on Art Historiography in Post-war Czechoslovakia

In this interview Rostislav Švácha recounts the various stages and turns of the methodological thinking of Czechoslovak art historians in the decades following the Communist takeover in 1948. Contrary to the generally accepted view, Švácha claims that one finds comparatively little truly Marxist influence on art history writing in Czechoslovakia in the second half of the twentieth century. He also discusses the impact of iconology and phenomenology on Czechoslovak art history, and assesses recent local developments in the discipline, including his own work. 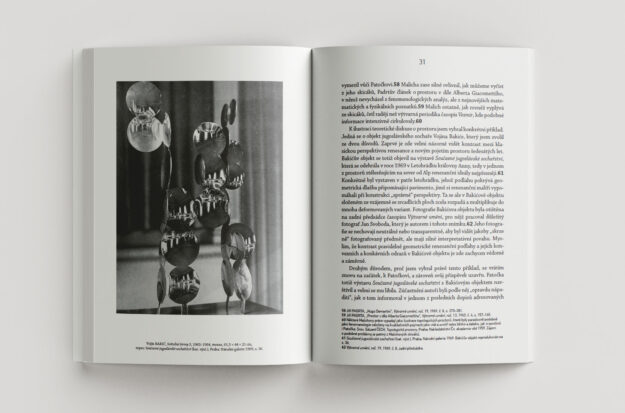 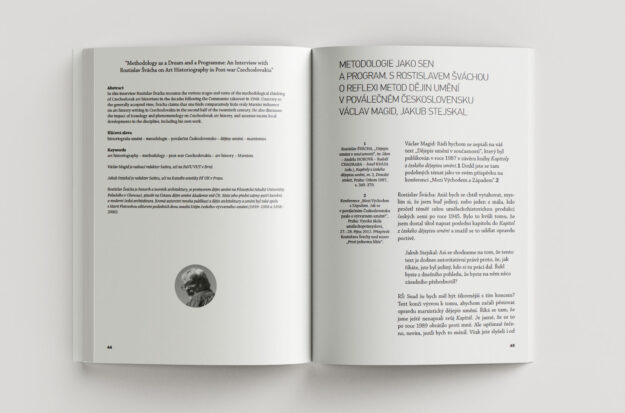