The texts in this issue of the Notebook all in some way reflect on the paradigmatic shift between high modernism, associated with a formalistic theory of art and a concept of the specificity of media, and the post-war neo-avantgarde, which sought to part company with the aesthetic autonomy of art as understood in this way (conceptualism and action art). This shift took a somewhat different form on the western and eastern sides of the Iron Curtain, and this in turn calls out for a comparative approach when examining the period in question. The texts contained in this issue are organised with regard for the chronological development of the issue under discussion. Tomáš Hříbek confronts the modernist theories of the artwork propounded by Greenberg and Mukařovský, and interrogates the limits and particularities of formalism. Taking her lead from the article by Diarmuid Costello (Notebook, 2009, no. 6–7, 44–66), Michaela Brejcha criticises the formalist theory of art for the way it fails to take on board the legacy of Kantian aesthetics, and offers a means of subsuming conceptual art within an aesthetic conception of art. The interview by Pavlína Morganová with Robert Wittmann introduces the activities and opinions of the one of the unjustly overlooked figures of the Aktual movement. In her comparative review Milena Bartlová examines the latest books by Karel Císař and Tomáš Pospiszyl.

This article revisits Tomáš Pospiszyl’s discussion of the split between the US and the Czechoslovak postwar modernisms as a difference between the views of two critics who dominated the American and the Czechoslovak art scenes, Clement Greenberg and Jindřich Chalupecký. Pospiszyl convincingly traces the evolution of American art to what has been called Greenberg’s “formalism”, and the developments on the Czechoslovak scene to Chalupecký’s ideas about art as part of social social interactions. Though the author of the article agrees with this analysis of Czechoslovak modernism as anti-formalist, he seeks to draw attention to the writings of the Czech literary theorist Jan Mukařovský, which were contemporaneous with Chalupecký’s and Greenberg’s – in particular Mukařovský’s 1944 lecture “The Essence of the Visual Arts”. The author provides a comparative analysis of Mukařovský and Greenberg, suggesting that the former was quite close to the latter’s “formalism”. This might seem incorrect, given that Mukařovský is considered to be a precursor of the semiotic theory of art, which is generally understood as antithetical to formalism. The solution, he argues, is to realize that Greenberg is subtler, hence not so “formalist” after all. At any rate, it turns out that in addition to Chalupecký’s “social” theory of art, Mukařovský had a more “formalist” alternative which – for well-known historical reasons – had no effect on the subsequent development of Czechoslovak modernism.

This essay discusses the Kantian interpretation of conceptual art, which emerged recently in debates about the status of conceptual art and other styles of neo-avantgarde art in aesthetics and art theory in the second half of the twentieth century. Its primary focus is the thesis Diarmuid Costello presented in his essay “Greenberg’s Kant and the Fate of Aesthetics in Contemporary Art Th eory”. Costello sees the problem of the uncertain aesthetic status of conceptual art and the related divorce between art practice and aesthetic theory as a result of a misinterpretation of Kant made by the infl uential art critic Clement Greenberg and his concept of medium specifi city. Th e aim of this essay is to show that although Costello is right to see the theory of medium specifi city as the main diffi culty aesthetic theory has in accepting conceptual art, he is wrong to make Greenberg responsible for this difficulty. Th e essay seeks to demonstrate that the problem lies instead in the essentialist point of view, beyond the Greenbergian and formalist approaches to art.

Open a Window and Listen Undisturbed to the Song Composed by Life: A Few Questions for Robert Wittmann

This interview introduces the many-sided ideas about life and art of Robert Wittmann, one of the key figures of Czech Action Art in the 1960s and an important member of the Aktual movement. Wittmann took part in the Manifestation of Communality happening (1967), witnessed the Fluxus Festival in Prague in 1966, and was an initiator of several happenings (including Exhibition of Street Realities and Projective Panel) as well as an author of several manifestos (for example, “Open a Window and Listen Undisturbed to the Song Composed by Life”). Wittmann’s work is virtually unknown in the Czech gallery art, despite having been shown in the Happening & Fluxus exhibition organized by Hans Sohm and Harald Szeemann in 1970. His art was also shown at the MoMA exhibition Transmissions: Art in Eastern Europe and Latin America, 1960–1980 (September 2015 – January 2016). 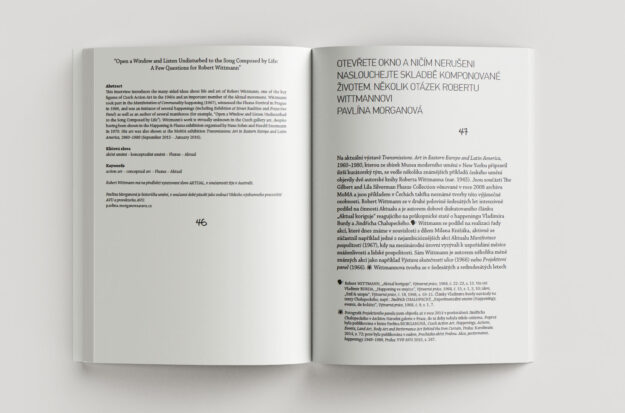 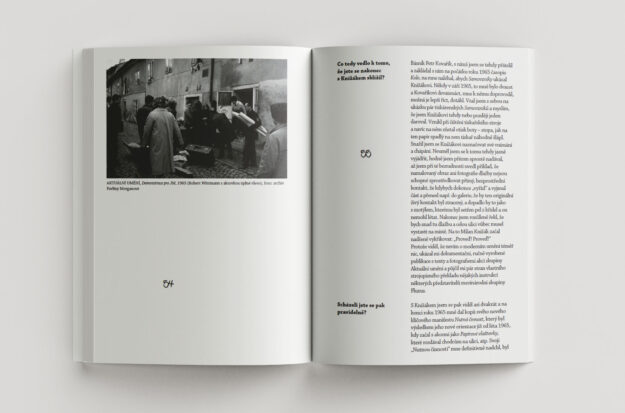