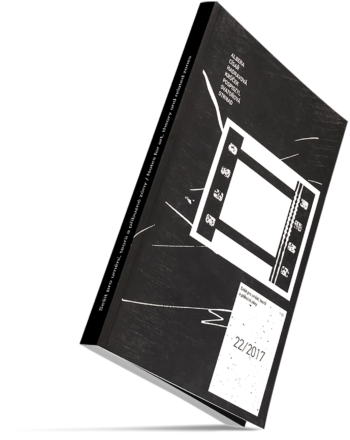 The latest issue of the Notebook for Art, Theory and Related Zones links objects of interest with the methodologies of art history and film criticism. Over recent years both of these disciplines have drawn valuable inspiration from visual studies, media archaeology and other interdisciplinary approaches, and this is reflected in the individual contributions. In Beyond the Epistemology of Montage, François Albera examines montage not as a specific film technique but as a broader, disparately structured period discourse. Matěj Strnad looks at the different versions of the film Anémic Cinéma by Marcel Duchamp, concluding by posing questions of the character of the film work and the creation of a film canon. In his text, Tomáš Pospiszyl examines the early collages of Jiří Kolář, asking to what extent they were mediated by filmic procedures. The essay by Václav Krůček looks at the concept of the movement of time or lack thereof in Antonioni’s Blow-Up. Kateřina Svatoňová surveys the work of the contemporary Czech artists Zbyněk Baladrán, Barbora Kleinhamplová, Tomáš Svoboda and Adéla Babanová through the prism of German philosophy and media theory. This issue of the Notebook ends with reviews of Artificial Darkness: An Obscure History of Modern Art and Media by Noam M. Elcott and the anthology Medienwissenschaft compiled by Kateřina Krtilová and Kateřina Svatoňová.

For an Epistemography of Montage: Preliminaries

This is a Czech translation of an essay by Swiss cinema-historian Francois Albera. Through a reassessment of the topic of editing, based on its fields of application described in the episteme of the late twentieth century – invoking the diverse phenomena associated with the successive and animated image –, this article proposes surmounting the constraints of a field such as cinématographe, which has “specificity” at its disposal, or otherwise works deliberately or surreptitiously to create it. It recommends differentiating between the techno-aesthetic discourse on editing and the “prescriptive” discourse of the critic or the film theorist, in order to construct an epistemographic category that consistently classifies the fields used in applying the concepts, as well as the usage rules related to editing, their transformations and their variations. The aim is to align them with the conditions of their possibility. This initial analysis is appended to certain ideas from the operative dimension of montage: “machinability”, discontinuity, and superimposition.

In 1967, Marcel Duchamp declared Anémic Cinéma (1926) to be the only film he had ever made. Yet the accounts of his endeavours during the 1920s, as attested both by his diaries and by his contemporaries, and also rare fragmentary artefacts, point to a much broader field of Duchamp’s filmic work. By focusing on the reception and distribution history of Anémic Cinéma, the article offers an explanation for Duchamp’s later dismissal of any other cinematic activities beyond this film. In a chronological account the article traces the lineage of reading Anémic Cinéma and also looks at its unauthorized version to investigate the mechanisms of its reception, canon-formation, and, in the bigger picture, writing about film and other communications media. The unauthorized version serves as a tool to distinguish and understand first-hand and secondary accounts in the context of Anémic Cinéma’s circulation. Lastly, based on the above, the author illustrates the need for a more material reading of the film and for simultaneous acknowledgement of its temporal and performative qualities, which appear whenever the film as an object comes into full being. This combination should then help us not only to understand other accounts and statements, but also to form our own.

Cinematographic Montage and the Montage Principle outside Cinema: Jiří Kolář’s Early Collages as a Case Study

The paper considers the relationship between, on the one hand, non-cinematic works of art whose structure appears to apply principles of film montage and, on the other, cinematographic works. Examples of this are the collages of Jiří Kolář from the late 1940s and early 1950s, in which he created pictorial sequences using cuttings from illustrated magazines. Montage is not, however, a technique pursued only in the film industry; it is also associated with methods of cultural production as such, for example, by Walter Benjamin or Aby Warburg even in their forms of theoretical reflection. Outside cinema, however, the term “montage” generally suggests a mere comparison or a loose reference. In attempting to describe and interpret Kolář’s early work, a direct connection with film cannot be proved. Rather than by cinematic methods and theories, Kolář was influenced by popular culture, in particular the layouts of illustrated magazines, and then, only secondarily, by the methods of film composition that had penetrated those magazines.

Maryon Park in London is the site of key scenes in Antonioni’s cult movie Blow-Up (1966). Static shots taken in the park by the photographer character Thomas, which are wedged into the narrative, present a process indicating a turn to an inner structure of “immobility” in the moving images. This essay focuses on the analysis of the “immobile takes” phenomena associated with the initiation of specific “time-image” in the historical context of modernist film. Throughout this essay, the author investigates the nature of two continuous structures – the external structure of the film narrative, existing as a necessary milieu to be “broken into” by immobile takes and, secondly, the internal structure of graininess in the immobile takes. In Antonioni’s film this particular structure is subjected to subtle modulation revealed by the method of re-photography. The author considers the expressive and semantic effects of “moving immobility” in film (given by re-presentation) as secondary, “masking” the profound presentation of the structural and differential state of graininess within its repetition. The essay is intended to provide support for the author’s claim that the momentary transcendental thoughts triggered by the “suspended time” of the immobile take may have its source in the immediate repetition of “the Same” within the immanent structure of the film image.

The Dislocating Vision and a Life in Pictures: Reflections on the Media Condition of Moving Images in the Light of Medienwissenschaft

This article explores the state of the media today and the expanded field of visual culture, in particular, the relationship between cinema and art, especially through the prism of German media philosophy and theory. It focuses on instances of possible dislocation and translocation, which enable a film to “think” differently and enable different ways of thinking about film. The article investigates the media condition where intermediality is the norm and medium specificity is derivative. Furthermore, the article examines instances of conceptual transposition, and seeks to demonstrate that the transfer along the art–cinema axis offers a different view of cinema’s basic media techniques and uncovers its reflexivity and performativity. Examining specific works of four artists and their media practices, the article focuses on the various ways of seeing through film (in the works of Zbyněk Baladrán and Barbora Kleinhamplová), film consciousness and thinking through film (Tomáš Svoboda), and film’s labour of memory (Adéla Babanová). 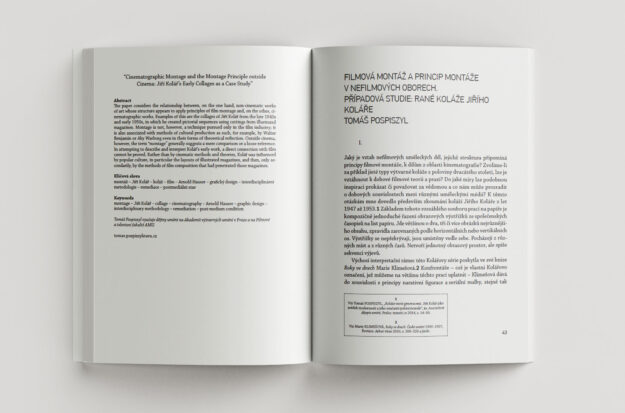 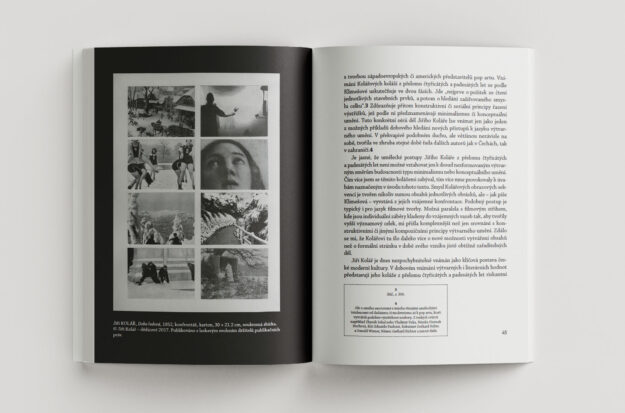 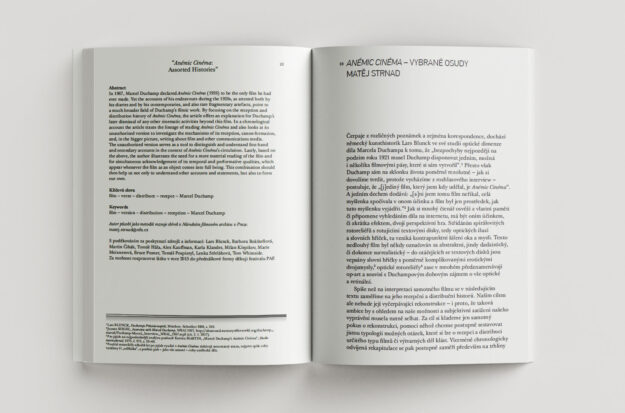