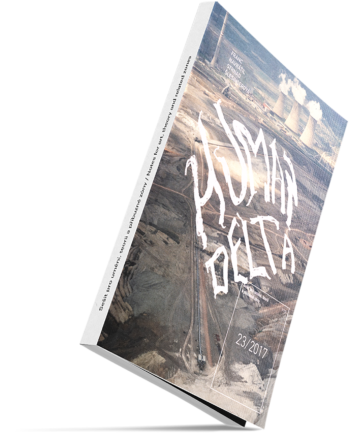 The 23rd issue of the Notebook looks at environmentalism, BioArt, restoration, and computer games. Ondřej Navrátil examines the way environmental issues were reflected in 1990s Czech art. A striking feature of the particular projects he discusses is that they were either never implemented or had to make compromises during the process of realisation. Navrátil explains the failure of these (predominantly imported) environmental interventions by pointing to the general hostility of the Czech art scene at the time to activist art. In her text BioArt and SciArt: the Interweaving of Things, Bodies and Technology, Eva Šlesingerová offers a scholarly insight into theoretical discussions prompted by artistic experiments on the boundary of the animate and inanimate, the human and inhuman. She is critical of this tendency, which she perceives as being similar in form to biopower, which reduces mankind and other organisms to their biological component, thus rendering them subject to strict scientific and technological control. Matěj Strnad reviews two recently published books on conservation and restoration. He offers a broad overview of the theoretical questions arising and indicates what stage the debate has reached in the CR. In his review of the essay The Art of Computer Games by Helena Bendová, Adam Franc examines the way this theme is handled in the CR and analyses the arguments used by Bendová to uphold the artistic status of computer games.

Art in the Age of Environmentalism. The Czech Nineties

This text examines environmental issues present in the work of Czech artists during the last decade of the 20th century. Particular attention is paid to four art projects that share a sense of engagement, ambition and complexity of implementation. Although none of the projects was completed, they are the most significant examples of their kind during the period in question. The collaboration of Newton and Helen Mayer Harrison, and the project pursued by Thomas Büsch and Jaroslav Kabilka, are imports and represent the intervention of foreign environmental oriented activism on the local art scene. Conversely, works by Lukáš Gavlovský and Federico Díaz can be seen as representing the emergent engagement of local artists in green issues. Gavlovský’s project is moving in the direction of a more practical activism. Díaz’s project is unusual in that it intertwines techno-optimism with holistic and spiritual visions. Taken as a whole, these examples offer a compact image of green trends in Czech art during the nineties. They also indicate that the way that environmental issues are represented replicates more general trends in Czech art, i.e. a distrust of engaged art that is gradually disappearing, as well as certain romantic and transcendental elements.

BioArt and SciArt: Entanglements of Things, Bodies and Technologies

We are witnessing profound changes in our societies, changes mediated by and manifesting themselves through the emergence of various biotechnological, digital, and techno-scapes. This paper examines BioArt or biotechnological art, a term used to describe the work of artists who are often also scientists, geneticists, and biologists, and who are intrigued by working with living or semi-living tissues using cutting-edge biotechnologies. Many artists and performers use living cells, tissues, and genes to create, perform, and reprogram living things, and work with the specific imagination of the body and embodiment. BioArtists and BioArt laboratories question and challenge existing approaches to concepts of the human body, embodiment, and the asymmetries between subject and object, life and non-life, human and non-human. Drawing on works by François-Joseph Lapointe and Rachel Mayeri, the text analyses current forms and manifestations of power over life, or biopower, and the specific techno-rationality which imagines, classifies, and governs our societies today.

We Believe We Are So Good that We Are Above Debate

This is an extended review of two books that have extended the still limited range of contemporary literature on art conservation on offer in the Czech Republic. The first book is a new translation of Contemporary Theory of Conservation by Salvador Muñoz Viñas (London, 2005; Czech translation: Pardubice, 2015). The review outlines the framework proposed by Muñoz Viñas within which contemporary theories of conservation operate and rehearses some of the specific arguments being conducted. It then examines the relation of these debates to contemporary art forms. The review ends by placing the new book within the Czech context and discussing its editorial and linguistic shortcomings. The second review is of the doctoral dissertation now published in book form by Zuzana Bauerová entitled Proti času, Konzervovanie-reštaurovanie v Československu 1918–1971 (Praha, 2015), which recounts a compelling and at times critical story of the so-called “school of Czech/Czechoslovak restoration” and its meta-narratives. Bauerová’s book is a dense historical study that elegantly exposes many of the roots of current controversies in the sphere of art conservation and restoration in the Czech Republic, e.g. how the idea of “restorer as artist” came to be so prevalent and dominant. This idea, while perhaps no longer so rigid, could be a major obstacle to the adoption of more contemporary theories (and practices) of art conservation, such as those discussed by Muñoz Viñas. 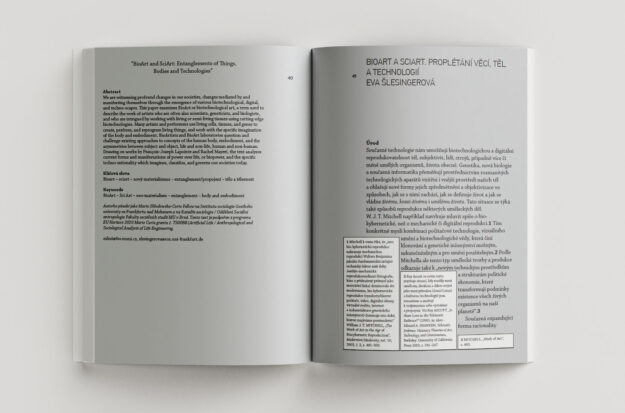 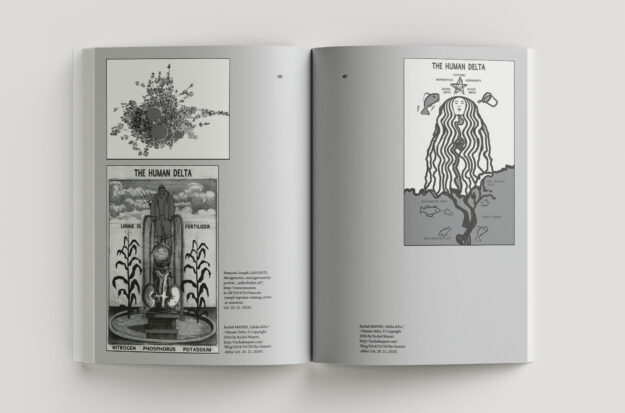 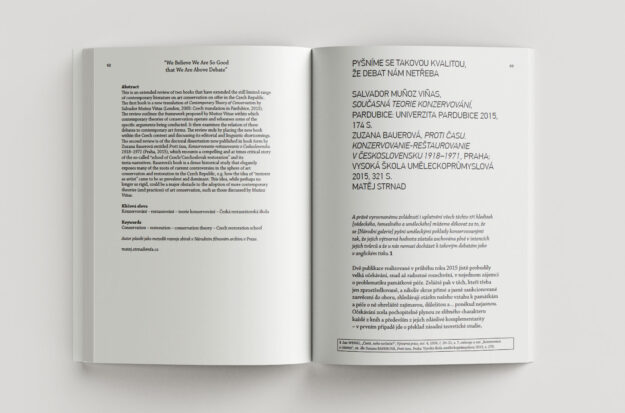