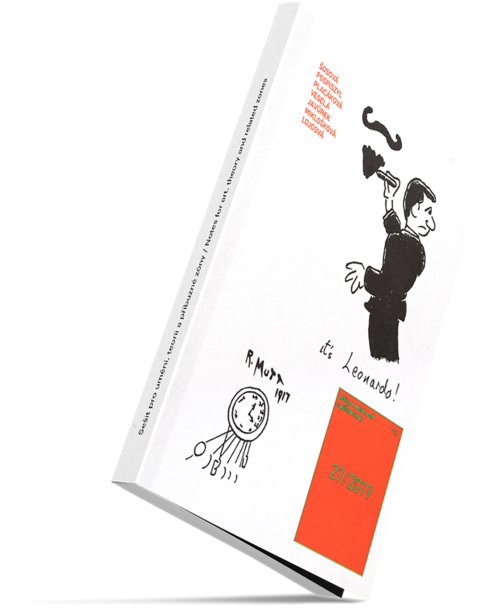 The 27th issue of the Notebook explores a variety of themes. It begins with a review by Jitka Šosová of the anthology Art and Theory of Post-1989, which contains translations of texts from the region of central and eastern Europe introduced by foreign researchers. This is followed by some reflections by Tomáš Pospiszyl on the tasks to be faced in processing the history of art of post-socialist countries. After two texts on the history of this region, Marianna Placáková examines the problematic concept of “women’s art” from the 1980s to the present day. The following texts relate to the theme of identity. Lenka Veselá examines the intervention of technology in the body in the form of hormonal design, while Tomáš Javůrek focuses on the cybernetisation of our identity via the data (and art) that we produce. Lucia Miklošková deals with the history and usage of the concept of inframince or infra-thin, which Marcel Duchamp introduced into the art sphere from pure mathematics. The final text in this diverse issue of the Notebook is by Šárka Lojdová, and reflects upon Arthur C. Danto’s well known idea of the end of art, specifically on the sources of Danto’s ideas.

For the past twenty years, art historians have subjected Eastern European art to intense study. The way in which this art has been studied so far requires new impulses: From local neo-avant-garde we should re-orient our interest towards so-called official art. If Eastern Europe in the years 1945–1989 can be understood as a kind of lost civilization of socialism, then the author proposes calling that civilization’s cultural production ‘socialist art’. This term should above all describe an affiliation with a particular period in history and the specific social conditions under which this art was made, regardless of the artist’s style or ideological beliefs. Specific topics suggested for attention are, among others, institutional conditions of socialist art, economics of socialist art, the concept and social background of the socialist artist and the dynamics of the various layers of socialist art, from pro-regime to grey area to Underground.

Reworked from a presentation given at the conference ‘Situating Narratives’. Strategies of History Writing in Eastern European Art, Institutul prezentului, Bucharest, 2.–3. 11. 2018

Czechoslovak Experience as a Starting Point. Feminist Art in the Period of State Socialism

In this article, the author formulates the category of feminist art in Czechoslovakia from the 1960s to the 1980s. She shows specific forms and contexts in which the artworks originated, based on the political, cultural-social and material situation, and defines female artists as active subjects that critically approached gender discourses in the period of state socialism. The article takes a critical approach to the post-socialist theoretical and artistic discourse and its relation to feminism and the position of female artists on the pre-1989 art scene.

Hormonal Design: Synthetic Sex Hormones and the Management of Living

Sex hormones are a class of hormones linked to sexuality and procreation. They are biochemical messengers endowed with the capacity to regulate appearance as well as the thoughts, feelings and desires of living organisms — by affecting production of sex-specific traits and by exerting influence over the whole body, including the brain and its functions. The sex hormone network of a living body consists of hormones that it itself produces in a situated process of endogenous hormone production, and of exogenous hormones absorbed from the environment or as a part of a pharmaceutical intervention. The article examines the complex role that sex hormones perform in our lives and, in particular, how synthetic sex hormones have transformed our hormonal system into a matter of design. What is hormonal design and what does it have to offer us?

It has been more than a hundred years since the Foundational Crisis of Mathematics emerged and almost a hundred years since Alan Turing constructed the a-machine to disprove David Hilbert’s program. Since these events, the principles of computable theory have surrounded the world in the form of billions of interconnected digital machines whose inner logic determines our daily lives in an unprecedented way. The study of the inner logic of such ubiquitous medium as the digital medium could be seen as an appropriate tool for artists working on, within or through this complex digital environment. The following study reflects the historical events that have led to the emergence of digital phenomena and discusses the specific interaction between humans and digital machines in terms of dividuum. Finally, it also designs a model for an exploration of the dividuum. This designed model is later constructed on the top of the graph theory as a non-human, technologically determined agent whose computable logic can trigger autonomous events and thus be a part of a creation of reality.

The paper explores the work of Marcel Duchamp, especially the enigmatic category of infra-mince. Duchamp mentioned this exclusively conceptual category, which by its very nature escapes any physical grasp, only in hints in his notes. It is known that Duchamp was interested in the theme of the fourth dimension, especially in regard to the study of the French mathematician Emil Pascal Jouffret and his treatise Traité élémentaire de géométrie à quatre dimensions from 1903, describing the way four-dimensional hyperbodies exist. He also adopted the idea of an ‘infinitely thin layer’, extending between our three-dimensional space and a four-dimensional continuum of Jouffret. The imaginative (conceptual, performative or otherwise transformative) basis of Duchamp’s work lies in the mathematical-geometric conception of the fourth dimension. Duchamp imagined a world we live in as one of shadows cast by four dimensional bodies. Although Joufferet did not believe in seeing the fourth dimension, as our senses have already adapted to three-dimensional physical space, Duchamp would try to display it in the form of an image of apparition. He would find an analogy for perceiving four-dimensionality in the principle of the mirror. The mirror image perfectly interprets the illusion of the third dimension in the plane. Several mirror reflections become an analogy for a part of the four-dimensional perspective. Duchamp notices inversion as the law of mirroring. The reality rotates around its axis and changes its orientation in this movement.
Therefore, Duchamp is interested in these mechanisms of change and transformation, or dissimilation, causing the movement inside a sign. Finally, infra-mince can be another name for concept, which appears to be the key to the methodological schedule of author’s work to be studied as advised by Duchamp.

On the Problem of the Origin of Arthur C. Danto’s End-of-Art Thesis

In 1984 American philosopher Arthur C. Danto proclaimed that art had come to an end. This assertion is known as the end-of-art thesis. Although it has been more than thirty years since the original paper ‘The End of Art’ was published, philosophers have continued to be interested in analyses of the thesis and seek to provide new ways of its interpretation. However, the question of the origin of the thesis seems to be overshadowed by different topics. Danto’s thesis has still been identified with Hegel’s idea that ‘art, considered in its highest vocation, is and remains for us a thing of the past’. Contrary to this interpretation, I shall argue that Danto’s claim that art came to an end was not inspired solely by Hegel but that the form of the thesis was a result of his reading of Thomas Kuhn, Alexandre Kojève and Josiah Royce. With regard to Hegel, this article shall demonstrate that Danto did not find the inspiration in Hegel’s Aesthetics but in his Phenomenology of Spirit. Moreover, as I shall show that Danto’s understanding of Hegel’s philosophy was shaped by Hegel’s interpreters rather than by a systematic research in idealist philosophy. In addition, a significant role was played by Danto’s own ideas on the philosophy of history, especially his conception of narrative. In consequence, I believe that Danto’s end-of-art thesis makes a more original contribution to the philosophy of art than is usually supposed. 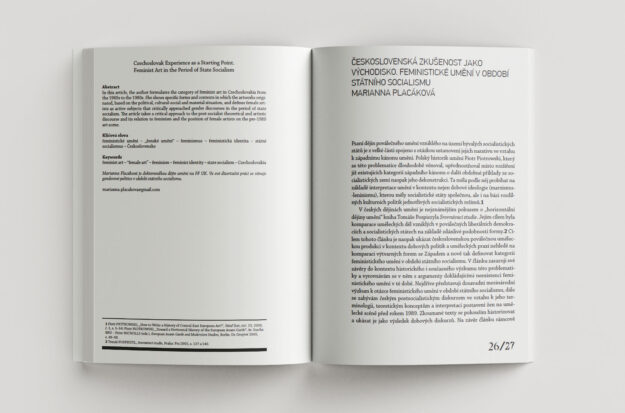