The 28th issue of the peer-reviewed journal Notebook for Art, Theory and Related Zones offers a somewhat narrower range of essays and book reviews than is usual for non-thematic issues.
We kick off with a review of Networking the Bloc (2019) by Klara Kemp-Welch, in which Jan Wollner examines how the British researcher approaches the experimental art of the 1060s–80s. Johana Lomová then writes about the more serious side of the Golden Sixties and looks at how censorship operated in art journals of that time. The next three contributions think critically about the role of architecture. Michaela Janečková writes about the concept of energetism as understood by Karel Janů. Karolina Jirkalová discusses the significance and impact of Resolution 333/1982 on the construction industry, after which Klára Peloušková writes about the current boundaries and possibilities of architecture and design. This issue ends with a review by the Slovak theorist of architecture Marián Zervan of the anthology Euro-American Architectural Thinking (2018).

Censorship of journals and newspapers specialised in visual arts. A case study on the relation between art and politics

The article discusses the act of censorship in texts on visual arts that were supposed to be published in Czechoslovakia in the 1960s. We argue that the complex system of censorship (diffused system) was not acting uniformly, however there were certain people and events that were systematically pushed away from the public sphere. Nonetheless, the argument that certain work is politically unacceptable is not to be found. Special attention is paid to the exhibition Výstava D that took place in 1964 in Prague. The research is built on the archive material from Hlavní správa tiskového dohledu (Main office for press control) owned by the Archiv bezpečnostních služeb (Secret service archive).

In 1946, just after WWII Czech architect Karel Janů published his book Socialistické budování: oč půjde ve stavebnictví a architektuře [Socialist building: What´s at Stake in Construction and Architecture]. As a former member of leftist groups PAS (Working architectural group) and the Union of Socialist Architects he pointed out his belief in a future socialist political system and the importance of and the role of architecture as a tool for building socialism. What is of more interest – he proposed to quantify all actions within architecture and the building industry on the basis of energetic loss. By this act architecture could become a part of a wider system of national economy. This paper examines the roots of such attempts and casts light on the interwar acceptance of technocratic ideas not only within the Czechoslovakian interwar architectural avantgarde movement but also within official state institutions, such as the Masaryk Academy of Labour. It suggests that technocratic solutions were sought after within the whole political spectrum with little critical reflection. Later, many of the promoters from both political camps became key figures for postwar Czechoslovakian development and thus their standpoints further shaped the organization and programme of many nationalized companies and industrial fields. Karel Janů became one of the most influential figures in architecture who made an attempt to make the dreams of former avantgarde young leftists come true. In this manner, such key words of postwar architecture as industrialization, prefabrication and standardization, merged into the Czechoslovakian architectural vocabulary and paved the way not only for panelaks but also for quite recent Czech austerity.

This article deals with the relationships and conflicts between building practices, architectural discourse, public opinion and politics in the period of late socialism in Czechoslovakia, especially in the Czech part of the federation. In the 1970s and 1980s, large scale prefabricated housing estates were being built, but at the same time the resistance of experts and the public to modernist, standardized and prefabricated construction was increasing and the qualities of a traditional town were lauded. The divide between professional discourse and, consequently, the demands of society and the building reality was growing rapidly and undermined the legitimacy of the regime. Political leaders were aware of this and officially declared the necessary changes, but the principles of construction until 1989 have hardly changed. The causes can be found in the economic and political problems of the late socialist state, in the strong position of construction companies and also in the very industrial foundations of
state socialism, which would necessarily complicate the move away from standardization and prefabrication.

Out of Sight, Out of Mind: Design between Service and Sustainability

The article focuses on design in the context of the unsustainability of certain philosophical and economic concepts on which modern industrialized civilization is built. It addresses both problems of the excessive fragmentation of design as a discipline and its problematic “servitude” to the dominant economic structures of the globalized world. It follows the notion of “invisibility” in design to point to the insufficient reflection of its infrastructural connections, implications that often lead to unsustainable practices. The article argues that in order to better understand the significance and consequences of design, it needs to be understood in a broader context of material production or infrastructural planning. Therefore, it explores the issue of concrete as the ubiquitous material shaping the modern urban environment and water infrastructures that rely on vast amount of concrete to build the supporting construction. As a counterpart to the massive structures, such as sophisticated dams and irrigation systems, it proposes an example of the retrofitting of the existing traditional water infrastructure in Eastern India. The article calls for a complex approach to design that takes into account social, ecological and political circumstances, that is adaptable and resilient, and puts forward several theoretical concepts of design for sustainability reaching beyond the current political and economic status quo. 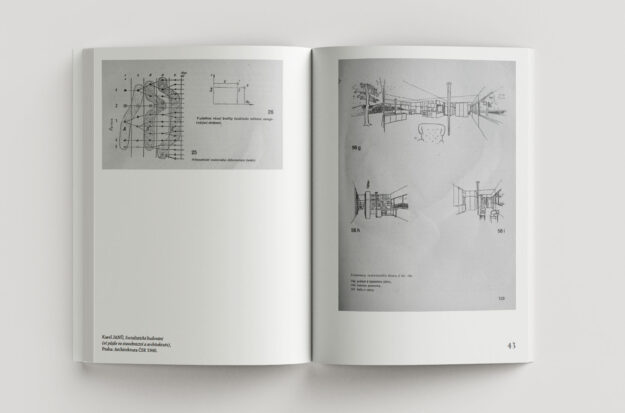