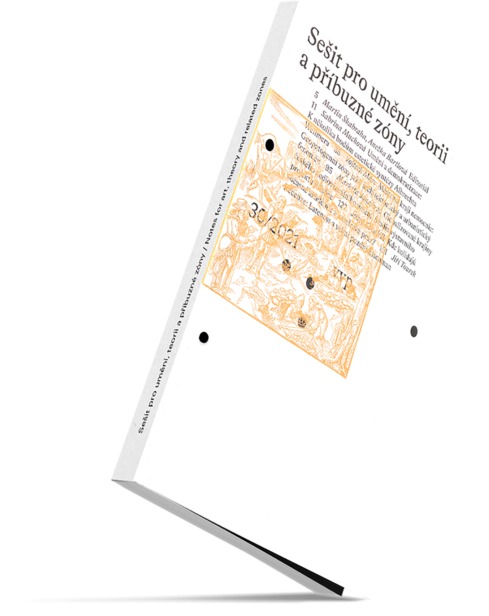 The thirtieth issue of Notebook for Art, Theory and Related Zones contains texts on a wide variety of topics. First off, in an article entitled “Art and Democratisation”, Sabina Muchová analyses the concept of aesthetic synthesis in Albrecht Wellmer’s philosophy and, based on his ideas, considers how the creation and reception of artworks can reinforce democratic culture. In a long essay entitled “Cities at the Edge of Hospitals” Vojtěch Märc looks at so-called geopathogenic zones. Among other things he examines how period dissatisfaction with the late socialist approach to housing was reflected in this phenomenon, as well as the more general crisis of a certain type of modernity. The third and final reviewed study in Sešit 30/2021 sees Markéta Jonášová look back on the exhibition project Frisbee (2004–2006) and place this presentation of Czech video art within the context of globalisation. The text by Jozef Kovalčik entitled “Where do Contemporary Academies and Artistic Practice Collide?” takes the form of a discussion or polemic, in which the author reflects critically on a system of art education based on the tradition of “master classes”. This issue concludes with a review by Jiří Tourek of the book by Peter Eisenman and Elisa Iturbe Lateness, the theme of which is lateness as a tool of criticism in contemporary architecture.

Art and Democratization: On Some Aspects of Albrecht Wellmer´s Notion of Aesthetic Synthesis

This paper focuses on the idea of the connection between the aesthetic experience of artworks and the democratization of society in several essays by Albrecht Wellmer, a philosopher of the Critical Theory tradition. Although Wellmer did not write a systematic aesthetic conception, he opens an important question regarding the character of art´s contribution to the process of establishing democracy in modern societies. Wellmer´s notion of aesthetic synthesis, i.e. the integration of heterogeneous experiences through an artwork, is used to explain on what basis Wellmer proposes that we should inderstand the aesthetic experience of arts as participating in the process of democratization. Wellmer argues that artwork´s aesthetic synthesis is open towards such aspects of reality, as well as of human experience, which are otherwise omitted or excluded by reason. Wellmer´s account of aesthetic synthesis and the effect it has on recipients is clarified in the first two parts of the paper; the conclusion then emphasizes the potential of Wellmer´s thoughts and suggests two possible ways of looking at the relationship of art and democracy.

This paper focuses on the phenomenon called „geopathology“. It searches for the theory and praxis as well as development in this minor field in the 1980s and 1990s in Czechoslovakia and later the Czech Republic. The debate on geo-pathogenic zones under the so-called normalization, perestroika and transformation periods is framed by sociopolitical coincidences with the crisis of modernity. Vojtech Märc follows here a few different agents balancing on the unstable borders of medical, political or parapsychological discourses. The paper also focuses on key concepts of period debates on urbanism and architecture. The aim is to simultaneously explain the paranormal and the rational (scientific) discursive formations through the mutual connections between them. The author considers debates on geopathology to be a form of environmental critique (though not always fully developed at the theoretical level) while in collateral practical activities the identifies attempts to remedy the medical aspects of the built environment.

The paper analyses tendencies in the field of Czech audiovisual art, based on the case study of the international exhibition project titled Frisbee: Contemporary Czech Videoart and New Media, which took place between 2004 and 2006. Anchored in the methodological framework of exhibition studies, it deploys the qualitative research methods of thematic data analysis and interviews. The paper sets out to clarify the relevance of the exhibition project Frisbee in comparison to other formats of audiovisual art presentation in the Czech Republic at the turn of new millennium. It argues that the exhibition presented both a locally and internationally significant overview of audiovisual art produced by a generation of artists, who became active in the Czech art scene after the change of the regime in 1989. To conceptualise the increasingly globalised character of the moving image in the given period, the paper deploys Arjun Appadurai´s theory of global cultural flows. Applying his notion of mediascapes to audiovisual art, it analyses the artworks presented within the exhibitionary complex of Frisbee in terms of its national and international situatedness. Based on a mutual comparison of represented artworks and their juxtaposition with an associated exhibition of Romanian audiovisual art, the complexity of representations and strategies is described, and the notion of „Czech“ art questioned.

Art schools are an integral part of the framework of institutions entering the formation of artistic practise and play one of the most important roles in the reproduction of so-called high culture. Nevertheless, academies have not undergone as radical criticism in recent decades as other art institutions. Studio teaching, which was introduced in art schools in the nineteenth century, continues to dominate. A few decades later, avant-garde artists also began to teach at art schools, but the method of teaching did not change in any significant way, while the ambition to create an individualistic work was further strengthened and persists to this day. In this essay, I will try to describe how the model of studio teaching came into being, what ideas it has been based on and what it is the bearer of. In the last part I will point out that the model of „masterclasses“ is unsustainable for both traditional and (post) avant-garde artistic practices, but that it collides the most with the creation of participatory and environmental art projects. 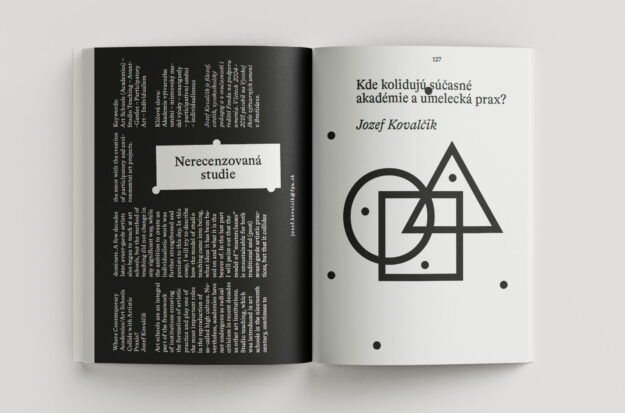