Propaganda, Mission and Public Opinion. Public survey among inhabitants of MDM in Warsaw in 1951

In the late 1940s and early 1950s, the communist regime in Poland began to pay particular attention to urban planning and architecture and to promote the principles of socialist realism in these spheres. From the perspective of the ruling class, the most important dimension of architecture within the context of post-war reconstruction was its propagandistic effect. For this reason, some contemporary historians regard one of the key projects of this period, the Marszałkowska Dzielnica Mieszkaniowa (MDM) residential area in Warsaw, as a “strictly political affair”, more a “model of a city” than a real part of Warsaw. However, this overlooks the fact that the architects involved were not simply obedient civil servants: on the contrary, many of them had devoted their lives to the reformist ideals of the modern city. Activities that these days appear to be mere propaganda may also have had genuine value. From the late 1940s onwards, the Housing Institute conducted a number of surveys amongst the residents of various residential districts and estates. In 1950, an internal survey was undertaken relating to the first three newly completed buildings of the MDM area. It focused on general topics such as population density, as well as looking in more detail at how the residents used their apartments, how they furnished them, and what specific complaints they had. The anticipated study confronts the official propaganda, declared intentions of the architects, and the opinions of users.

The text was published in English.

The first nationwide debate on housing in Czechoslovakia was organized by the authorities due to the resolution on housing issued by the communist party in March 1959. The series of company and public debates aimed at collecting popular opinions as well as making the public familiar with lesser-known aspects of the resolution. The actions took place in 1960 and 1961 and dealt with new construction frameworks, typification and planning of new residential districts, which eventually became large “panelák” estates. We have to ask: what was the point of the first nationwide debate? What purpose did the research serve? How did public opinion influence the architecture and composition of the housing estates? The article describes the course of the debate and data collection as well as the implementation of the outputs of the debate into actual housing designs. And what role did public surveys play in the democratization process of the sixties?

A Strained Relationship. Notes on Sociologists´ Involvement in Housing Developments in Communist Romania

As in other countries of the Soviet bloc, urbanisation and industrialisation were among the main aims of the communist regime in Romania. Between 1947 and 1989, radical demographic changes took place. The population increased from 15 million to 23 million, and the number of people living in cities rose from 20% in 1939 to almost 50% at the end of the regime. In the forty-two years of its existence, the communist regime built more than four million apartments, most of them in apartment blocks. However, the changes in lifestyle that ensued have never been systematically examined. In 1948, sociology was dismissed as “bourgeois science”, and it was only in 1965 that it was rehabilitated. With the creation of the Laboratory for Regional and Urban Research (1969), sociologists collaborated with architects and urban planners, a collaboration that continued despite sociology being once against banned in 1977. This article looks at some of the results and consequences of the involvement of sociologists in architectural and land-use planning, above all on the basis of contemporary articles published in the official periodicals Arhitectura and Viitorul Social.

The text was published in English.

Housing Estates and Dreams of Living

Multidisciplinary research was carried in the late seventies by a team of experts from the Research Institute for Building and Architecture (VÚVA) under the leadership of Jiří Musil, the conclusions of which were published in the 1984 book Lidé a sídliště [People and Housing Estates]. To this day it remains the most extensive and most complex study of life on housing estates in Czechia. The researchers compared twenty-two housing estates in seven cities to older districts and areas with family houses. I will try to reveal some period and institutional limitations of the Musil team´s research, without any ambition to challenge it as a whole. Most of all I will focus on the part of the survey that was devoted to residents´opinions on the architecture of the estates. Were the questionnaires open and unbiased enough? And do the published interpretations comply with the acquired data? And how do the results differ from similar though smaller surveys from the same period? 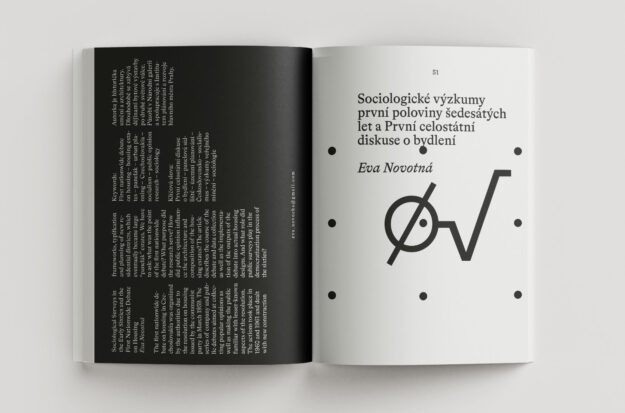 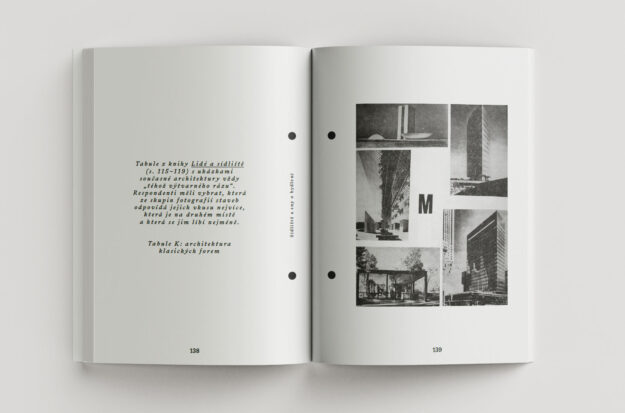