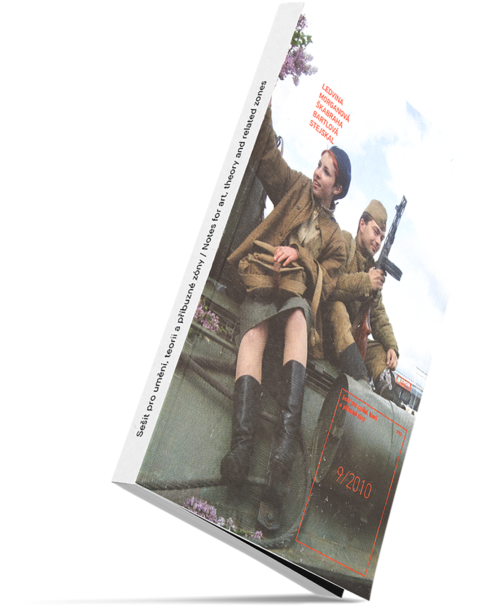 The theme of reflection upon the history and the present state of the relationship between Czech visual arts and society passes like a red thread through the ninth issue of Sešit. In his essay Czech Art around 1980 as a Field of Cultural Production Josef Ledvina draws from French sociologist Pierre Bourdieu’s work Rules of Art (Brno: Host 2010) as a methodological manual, through which he presents an institutional analysis of the Czech art scene circa 1980. In her overview Czech Art During the Transformation Period. The Relations of Art and ‚Engagement‘ she interprets the development of the Czech art scene from the 1980s to the end or the century through the prism of art engagé. Martin Škabraha’s essay What the Eye Doesn’t See. Aesthetic Politics and the Politics of Aesthetics in the Planetary Age presents an attempt to apply a question regarding the possibilities of and reasons for a state’s subsidizing of art to the context of dramatic changes which the traditional post-Westphalian concept of a sovereign national state is undergoing in globalization. Milena Bartlová’s contribution Cultural Politics and the Politics of Culture. Czech Republic 2010, a Questionnaire assesses the current state of Czech cultural policies against the backdrop of changes that Czech society has undergone over the past twenty years. In his review of Dorothea von Hantelmann’s book How to Do Things with Art, Jakub Stejskal analyzes the author’s attempt to join art’s social function with its performance aspects.

Czech Art About 1980 as the Field of Cultural Production

This article is concerned with Czech visual arts in the late 1970s and early 1980s. It pays particular attention to so-called “official art”, that is, art sanctioned by the State and the Party, and its institutional basis, the Czech Union of Fine Artists. The author argues that the blurring of the boundary separating the realm of the arts from the realm of politics is the main feature of the official definition of artistic production. In sharp contrast to the official viewpoint, there is a radically different definition anchored in the tradition of Modern art. According to it a true artist has to be consistently disrespectful of all external interference, be it political or economic. When seen through the lens of Pierre Bourdieu’s “field of cultural production”, this fundamental opposition of radically different definitions is a struggle between heteronymous and autonomous principles of hierarchization. The autonomous position of artists of the “Sixties generation”, who were excluded from public artistic life by the post-1968 Communist policy of “normalization”, as well as the different, though related, position of artists of the “Seventies generation”, are analyzed separately in the article. The rise of the Prague Action Art Circle and the Brno Conceptual Art Circle was, the author argues, a symbolic revolution of the 1970s in the field of pure art.

Czech Art in the Transformation Period: The Relationship between Art and Political Commitment

What Does (Not) Meet the Eye: The Aesthetics of Politics and the Politics of Aesthetics in the Planetary Age

This article is concerned with the problem of justifying state subsidies for the visual arts. The long-standing justification has primarily been associated with the nation-state and, consequently, with the notion of imagined community. The visual arts were very helpful in the construction of the modern collective consciousness, using landscapes and scenes from Czech history to make enduring images of Czech statehood. This justification of the role of art in public life is, however, no longer sufficient, since we have entered the planetary age. This is demonstrated in the article by the power of the gaze from space – namely, a view of Earth from four hundred miles away by Voyager 1, a space explorer. The article analyzes the way this gaze redistributes the sensible (a notion borrowed from Jacques Rancière), especially how it makes our common distinctions dubious, “top and bottom”, “inside and outside”. The article employs the concept of the network, and emphasizes that we are no longer discrete subjects, and are instead becoming hybrid post-human beings whose organs are partly technological devices. The article argues that under the dehumanizing gaze from space we may be experiencing a profound change of mindset that could lead to dangerous shock politics (as Naomi Klein has suggested). In opposition to this, the article posits the concept of the sublime, which is at first sight similar to that of shock but is in fact radically different conceptually. The article concludes by returning to the problem of the justification of state subsidies for the visual arts, now in the context of a cosmopolitan constellation. To recognize all who belong to our society we need to make them visible when they are not. For this boundary-crossing task the imagination of the visual arts is indispensable.

Cultural Politics and the Politics of Culture in the Czech Republic, 2010: An Open Question

An earlier version of this provocative article was presented at the “Cultural Politics and Visual Arts” conference held by the Research Centre of the Academy of Fine Arts (Prague) and the Department of Aesthetics, Charles University (Prague), in early November 2010. In the article, the author assesses the present state of Czech cultural politics against the background of cultural-political changes that Czech society has undergone during the last twenty years. She describes the present climate as one of “capitalist realism”, and points out features that are specific to the Czech circumstances. The article ends on a pessimistic note: the answer to the question “What is to be done?” is apparently beyond our reach. 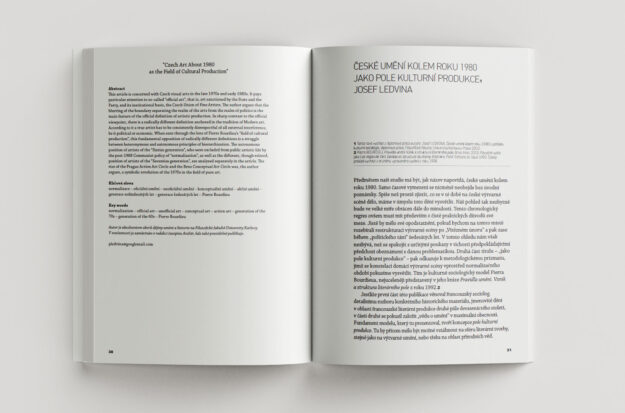 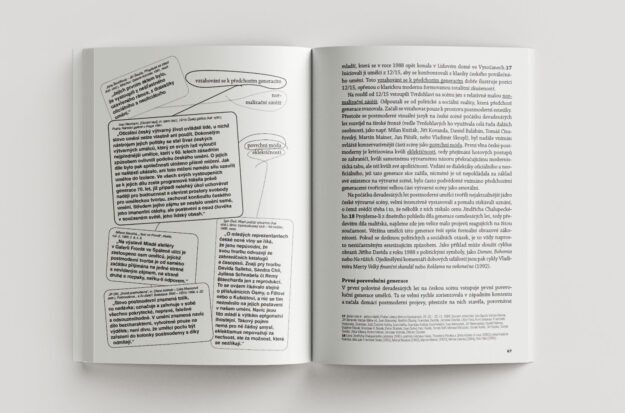 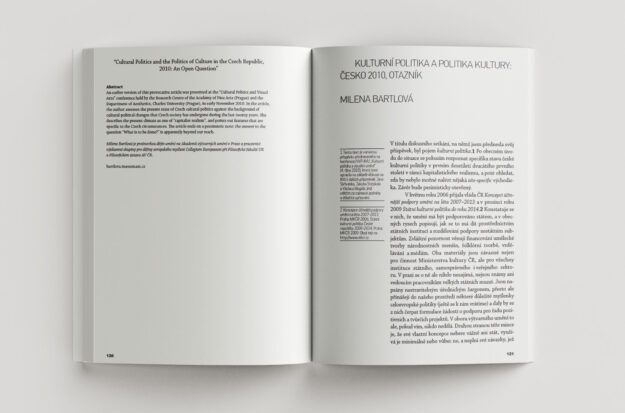